I am a St. Louis-based writer who often reports on issues in health care, education, religion and sports. I do stories for publications such as the Guardian, Kaiser Health News, The New York Times and the Washington Post. When not working, I'm partial to live music, jogging, yoga and tacos. If you have questions, please reach out. 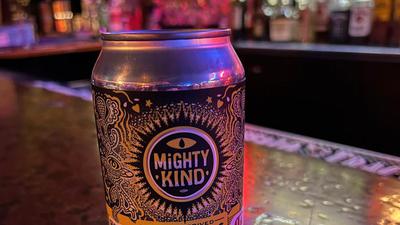 It was not shocking that people listening to musicians covering Grateful Dead and Phish songs in October at a dive bar here would be interested in trying a new drink containing delta-9 THC, the primary psychoactive ingredient in weed. What was unusual was seeing a bar owner – in this case, Pop’s Blue Moon’s Joshua Grigaitis – grab cans of the drink and give them to customers without looking over his shoulder in a state where recreational pot remains illegal, for now. Missouri voters will decide whether to liberalize the law in the Nov. 8 election. 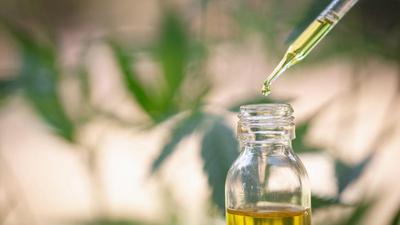 Suzan Kennedy wasn't concerned earlier this year when a bartender in St. Paul, Minnesota, described a cocktail with the cannabinoid delta-8 THC as "a little bit potent." Kennedy's Wisconsin roots meant she could handle booze, she said, and she had smoked marijuana before. Hours after enjoying the tasty drink and the silliness that reminded Kennedy of a high from weed, she said, she started to feel “really shaky and faint” before collapsing in her friend’s arms. 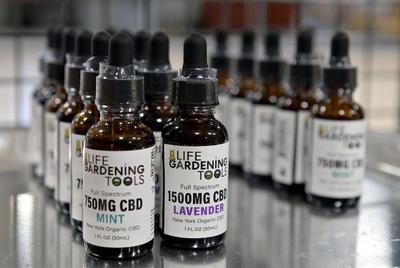 In 2013, Tonya Taylor says, she was suicidal because her epileptic seizures kept coming even though she was taking a long list of medications. Then a fellow patient at a Denver neurologist’s office mentioned something that gave Taylor hope: a CBD oil called Charlotte’s Web. The person told her the oil helped people with uncontrolled epilepsy. The doctor, however, would discuss it only “off the record” because cannabidiol was illegal under federal law, and he worried about his hospital losing funding, Taylor said. The federal government has since legalized CBD, and it has become a multibillion-dollar industry. The Food and Drug Administration also has approved one cannabis-derived prescription drug, Epidiolex, for three rare seizure disorders. But not much has changed for people with other forms of epilepsy like Taylor who want advice from their doctors about CBD. 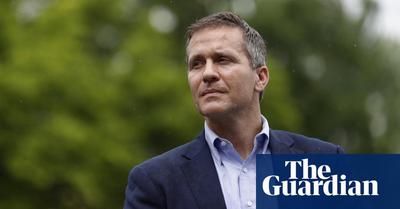 Before the Capitol attack on 6 January, Robert Pape, a University of Chicago professor, had studied political violence around the world but not in the United States because there had not been much to examine, he said. Pape worries that could soon change because of politicians like Eric Greitens, a former Navy Seal from Missouri running for Senate, who recently released an advertisement in which he racked a shotgun and led a team of armed men as they stormed a house to hunt more moderate members of his own party, know derisively as Rinos, as in “Republicans in name only”. “Join the Maga crew,” Greitens, a former Republican governor, declares in the ad. “Get a Rino hunting permit. There’s no bagging limit, no tagging limit, and it doesn’t expire until we save our country.” 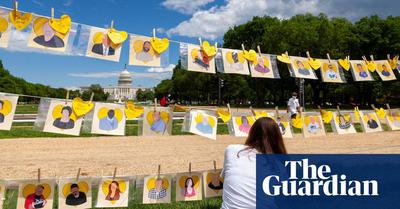 ‘Failure of an American ideology’: why Covid has an outsized impact on the US

David Rosner continually talks to colleagues who are distraught about the American response to the Covid-19 pandemic. “When you are in a school of public health and a public health environment, people really feel when they are failing,” said Rosner, who studies public health and social history at the Columbia University Mailman School of Public Health. That defeated feeling is compounded by the fact that 1 million people in the US have died from Covid-19 – the highest Covid death rate among large wealthy countries. 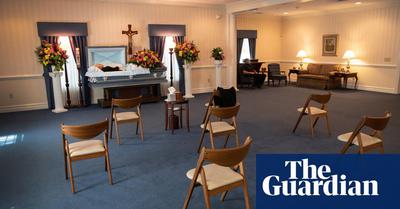 What made America’s Covid death toll even worse: the gnawing pain of human separation

In the middle of the night on 20 August last year, Gordon Robertson received a phone call from the Florida highway patrol. The officer had pulled over his brother, Bruce, who was disoriented and claimed he was coming to see him. “I’m thinking, that’s really odd: I had told him he was not allowed to come up here and visit until he got vaccinated,” said Gordon, 71, who lives in Longwood. “I asked him a dozen times, ‘Bruce, you gotta get this. You gotta get this.’ And he wouldn’t do it.”

On 25 April, the former Missouri governor Eric Greitens, now running for US Senate, posted a video on Twitter of him and Donald Trump Jr, firing semi-automatic rifles at a range. “Striking fear in the hearts of liberals everywhere,” the former president’s son said. 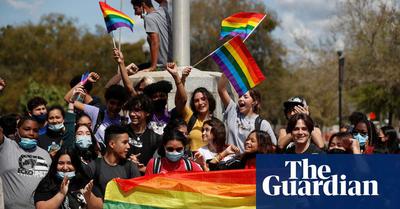 Stella, 10, attends a private school in Atlanta, Georgia, and explains to friends that she has four moms. Two of them are the lesbian couple that adopted her. The other two are her birth parents, one of whom recently came out as a transgender woman. “I’m so grateful that [Stella] is somewhere that sees” the family “as what it is: her moms just love her”, said Kelsey Hanley, Stella’s birth mother, who lives in Kissimmee, Florida. But Hanley, 30, worries that children who have multiple moms or dads or are LGBTQ+ themselves won’t get the same acceptance in Florida. 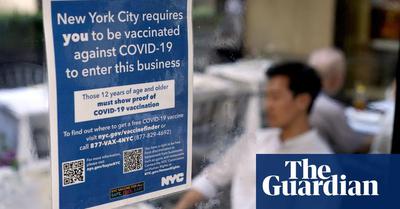 Tyler Hollinger, owner of Festivál Cafe, a “farm-to-bar cocktail cafe” in New York City, said he recently started learning Brazilian jiu-jitsu because of physical altercations with visitors who are unvaccinated against Covid-19. The reason for the fights isn’t that Hollinger is a crusader for the city’s requirement that people show proof of vaccination to sit inside at bars and restaurants. In fact, Hollinger, who is vaccinated and boosted, has opposed the mandate since it was announced in August and now welcomes the plan to lift it. 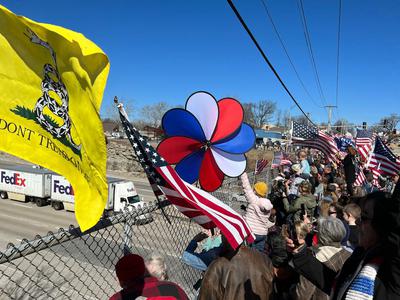 A nonprofit says it collected over $1.5 million for a D.C.-region-bound truck convoy. Its director recently pleaded guilty to fraud.

At a rally point near the Big Texan Steak Ranch in Amarillo, Tex., as the wind whipped American flags atop an 18-wheeler behind her, a Southern California lawyer and anti-vaccine activist named Leigh Dundas exhorted a crowd to make donations. “We’re going to be doing a little altar call up here. A hundred percent of that cash is going back into the boys’ pockets for the next fuel stop,” Dundas told onlookers and live-stream viewers, encouraging them to give online to the “People’s Convoy,” a U.S.-based group of activists opposed to vaccine mandates and inspired by the self-styled “Freedom Convoy” that occupied Canada’s capital for weeks. 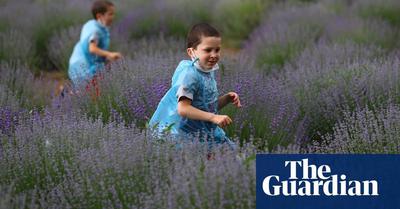 ‘We are so tired’: US parents and doctors say kids under five left behind in Covid vaccine race

Four-year-old Joanna Gillikin likes to watch Ada Twist, Scientist, a Netflix children’s show about a young girl with a giant interest in science. So when Matthew Gillikin and his wife, Shannon, enrolled Joanna in a trial in Charlottesville, Virginia, for the Pfizer vaccine against Covid-19, they described it to her as a science experiment, like the ones Ada does. “Her mind was able to latch onto the fact that not only is she participating in something that could make her healthier, but also help make other people healthier,” said Matthew, a speech therapist. Many parents across the United States are eagerly waiting to see whether Joanna and other trial participants can help them. 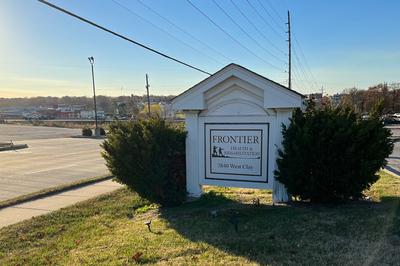 Jamie Smith, a staffing agency nurse who loves end-of-life care, said she has been warmly welcomed by staffers and residents at Frontier Health & Rehabilitation in this conservative St. Louis suburb. That’s even though she has not been vaccinated against COVID-19. But leaders of the nursing home, where 22 residents died from COVID before vaccines were available, likely won’t be able to employ unvaccinated people like Smith for much longer. 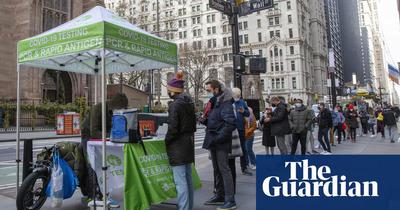 ‘There’s a lot of anxiety’: US grapples with Covid test shortage amid surge

As a history professor at Babson College in Wellesley, Massachusetts, Kevin Bruyneel had been tested for Covid-19 more than 100 times and typically waited less than 15 minutes for the free tests. So Bruyneel was upset when he went to get a PCR test at a clinic Sunday in Brooklyn, New York, and waited more than an hour after his scheduled appointment and was billed at least $100 – though he could owe more depending on what his insurance covers. “There were a lot of people in line, incredibly desperate to get tested because they were flying” for the holidays, said Bruyneel, who planned to fly to his native Vancouver, British Columbia, for Christmas. “There was a lot of anxiety.” 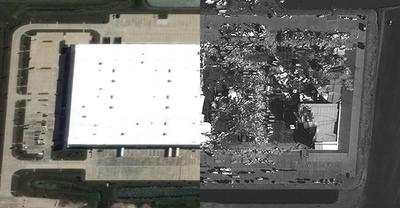 Nearly every day as Christmas nears, Amazon’s share of online sales typically rises, as customers turn to the e-commerce giant to quickly deliver packages. To make that happen, Amazon hires hundreds of thousands of additional workers, both full-time employees and contractors, and runs its operations at full tilt. One of them, Alonzo Harris, drove his cargo van into Amazon’s delivery depot in Edwardsville, Ill., after 8 p.m. on Friday after a full day delivering packages north of St. Louis. Suddenly, an alarm blared on his work phone. Someone yelled that this was not a drill. Mr. Harris, 44, ran into a shelter on Amazon’s site and heard a loud roar. “I felt like the floor was coming off the ground,” he said. “I felt the wind blowing and saw debris flying everywhere, and people started screaming and hollering and the lights went out.” 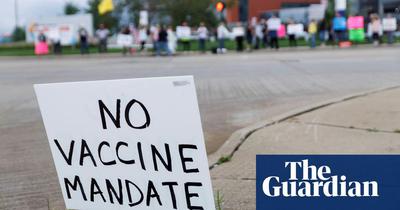 For Dr Rina D’Abramo of the MetroHealth System in Cleveland, it’s difficult when patients in the emergency room tell her they have not been vaccinated. “You can hear it in their voice when you say, ‘Are you vaccinated?’” said D’Abramo, who works at a hospital in the Brecksville suburb. “They shrink down and are like, ‘No. Now I know why I need to be vaccinated.’ ” Unfortunately, there are plenty of people in Ohio and the rest of the US too who have not yet learned that lesson, even as infection rates nationally start to surge again amid fears of the possibly highly contagious new Omicron variant. 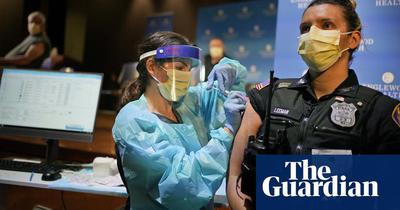 Sgt Randy Huserik and all other officers with the Seattle police department who have been vaccinated against Covid-19 are prepared to report at 7am Tuesday morning to any of the city’s five precincts rather than their usual assignments. Some detectives could even be responding to 911 calls instead of following up on their case load, he said. That’s because the city is implementing a vaccine mandate for officers on 18 October and preparing to fire hundreds of officers who refuse to get the vaccine, which could leave the department significantly understaffed. 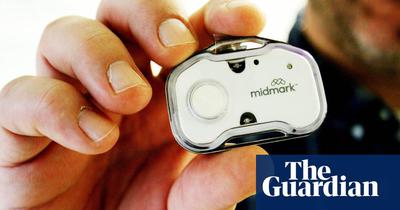 US hospitals outfitting nurses with panic buttons amid rise in assaults

In 2019, Laura Paul, a registered nurse, was seeing a sedated patient in the intensive care unit at Cox Medical Center Branson in south-west Missouri when “he went from out cold to swinging in a matter of seconds,” she said. Paul, a house supervisor who moves among different units of the hospital, tried to dodge the patient’s attack and screamed for help. Fortunately, a nurse in an adjacent room heard Paul, rushed over and called for additional help. 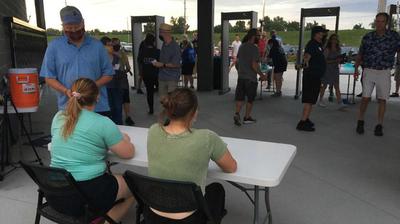 Concerts and Covid: Can the show go on?

Fans of the band Wilco could have reasonably interpreted frontman Jeff Tweedy singing "I Am Trying to Break Your Heart" at an Aug. 13 concert at St. Louis Music Park as the universe explaining the past year or so.

Missouri to Join Nation in Monitoring Prescriptions. But Will It Work?

He and his colleagues in the intensive care unit at Carney Hospital in Boston don’t use the Massachusetts monitoring program nearly as often as they once did. Instead, he said, they rely on toxicology screens, signs such as injection marks or the patients themselves, who often admit they are addicted. 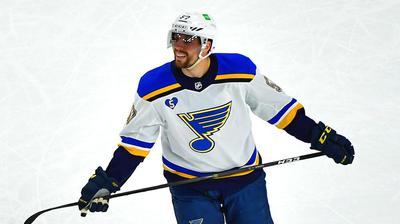 What it means when sports stars stay coy about their COVID-19 vaccine status When two St. Louis Blues hockey players were sidelined because of covid-19 just days before this year’s NHL playoffs, the team said young defenseman Jake Walman had been vaccinated against the deadly illness. But it was mum about the vaccination status of a more well-known player: star forward David Perron.
Load More Articles
Close ✕